What Do You Think?: Managing Anger 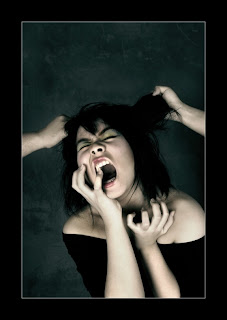 Marina is a 6th grader and recently she has been getting in trouble at school for fighting with her classmates. When she was younger her parents used to fight constantly and her father struggled with alcoholism. He used to yell all the time and once he even hit her mother. But last year he got sober and is trying hard to mend things with his family. Although Marina likes seeing her mother so much happier and wants to be a close family again she can’t stop feeling angry at her father for what he put them through.
When she is at school she gets along well with her classmates and has many friends, but if things aren’t going her way or someone says something she doesn’t like she blows up and can’t control herself. Because of this she has been in several fights during and after school and is in danger of suspension or even expulsion. Marina knows she needs to stop fighting but she doesn’t know how to control herself and that only makes her angrier.

1. How do you think you would feel if you were Marina? Why does she fight?
2. What do you think she could do to control her anger besides fighting? Is there anyone she can got o for help?
3. What might happen if she doesn’t learn to manage her anger?
4. What could her parents or teacher do to help Marina?
5. What would you do if you were Marina’s friend?

** Anger in children is their way of telling us that there is something wrong, usually that a goal is blocked or needs are not being met.

** According to research (Fabes and Eisenberg, 1992) anger has three main components: the emotional state itself and physiological response, the resulting behavioral expression of anger, and the person’s understanding of their anger. Learning to manage anger effectively starts with an understanding of these three aspects, and children need extra help because they are just starting to learn about emotions and often have a limited ability to think critically about their own feelings and behaviors.

** Learning to deal with anger in a productive way is extremely important because people who are often angry are at an increased risk for a huge variety of physical ailments including high blood pressure, heart attacks, gastrointestinal problems, diabetes, and high levels of stress. In fact, chronic anger can shorten your lifespan by as much as 10-20 years!

** Anger, and the behaviors associated with it, is one of the many things children can learn from their parents. Children of an angry or abusive parent are 10 times more likely to be angry and abusive themselves!

** The frontal lobe is critical in managing anger and that part of the brain is not fully formed until about 24 years of age. This explains the difficulty children and teens have in regulating their emotions and shows why they need extra guidance to help them do so effectively.

What Mentors Can Do to Help Prevent This?

** The best thing to do is to talk with your mentee about emotions in general, and about any anger they might be experiencing to try to help them understand the three components mentioned above. Depending on the age of your mentee you may have to spend more time simply educating them about emotions: the different types, what they look like, what they feel like, what you can do if the feel each one etc. But once they understand more about emotions you can talk to them specifically about ay anger they might have felt or be feeling and start explaining the 3 parts.

** The first component, the emotional state of anger, is the moment when someone becomes angry and feels the physical symptoms such as teeth grinding, fists clenching, flushing, paling, prickly sensations, numbness, sweating, muscle tensions and temperature changes. Many children don’t know or understand their physical reactions and they might make them more upset or agitated, so explain to your mentee what is going on in their body when they feel anger.

** Then you can touch on the second component, the behavior expression of their anger, and talk to them about what they did when they got angry. Did they react aggressively with angry words or even physical assault, or did they react passively by running away, sulking, bottling up their anger, seeking adult comfort etc? Let them talk openly and without judgment about their anger and subsequent behavior, and let them know that anger is a normal emotion and they should not be embarrassed or ashamed. You just want to help them handle it in the best way possible for their health and happiness.

** Then you can move to the third component, self analysis and understanding. Start helping them think critically about their anger and how they deal with it.

~Why are they really angry? What goal is being thwarted or need not being met? For example, if Marina is angry because a girl said something mean about her mom she is angry at that girl for not meeting her need for respect from her peers. But she is also angry at her father for years of not meeting her needs of safety and parental love/warmth. Obviously the first is a little easier to deal with than the second but understanding why she is angry is the first step.

~What can they do to deal with their anger effectively so they feel better and don’t hurt anyone or get in trouble. Brainstorm with them possible strategies and suggest some of these proven effective methods:
1. The best response is to talk with someone they trust about their feelings and try to be as rational as possible to come up with a solution to what is causing the anger. But if they can’t handle their anger while talking or need tips to cool down in the moment these next one will be more helpful.
2. Count to 10 slowly
3. Focus on taking deep slow breaths
4. Move to another room or go for a walk, get out of the angry space
5. Meditate or think of something nice that you enjoy.
6. Exercise or play a sport, or just get up and run around a little bit.
7. Teach them to keep a journal where they can write down all of their anger and get it out of their head.
8. Do art (drawing, painting, music etc) to help them express their anger in a creative way.
9. Have them release their anger into a pillow by squeezing, punching, or yelling into it. But don’t encourage lots of aggressive behavior as it will only help them practice a negative response.

** Let them choose which one of these responses they would like to try next time they get angry and practice it with them. If it doesn’t work for them try a different one until something works.

** For more tips and strategies visit these websites:
http://www.help-your-child-with-anger.com/anger-management-for-teenagers.html
http://www.athealth.com/consumer/issues/childsanger.html
http://www.effectiveparenting.org/tips1.asp
Posted by The Fighting Back Mentor Program at 6:00 AM