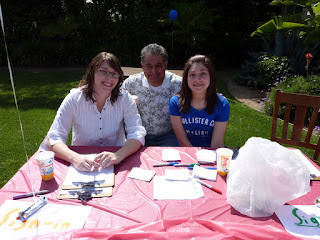 Amy Gates, Ed Cue, and Ed's daughter, were the friendly faces that greeted all incoming guests. 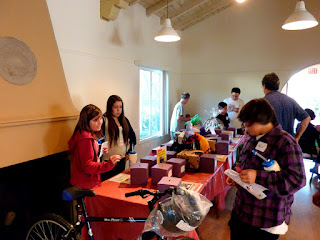 Kids and adults received and earned raffle tickets so they could pick the prize they most wanted. 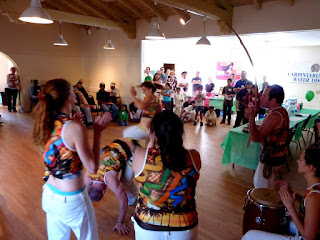 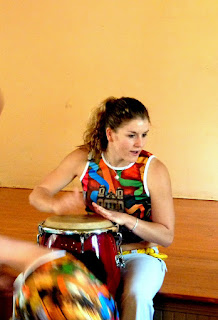 Capoeira Batuque kicked off the event with an awesome performance that had everyone watching and ready to get moving! 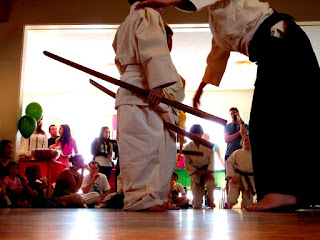 Capoeira was followed by a demonstration of students from the studio of Aikido Kenkyukai Santa Barbara lead by Sensei Lia Suzuki. 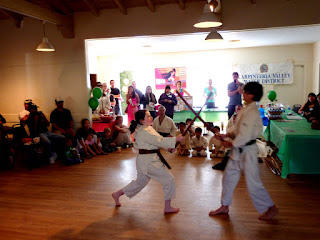 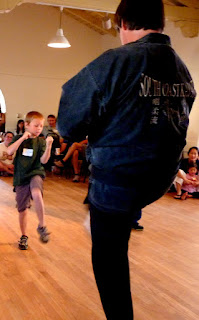 South Coast Karate was represented by Sensei Brian Jordan and student, Anthony, who pulled up a group of willing attendees to learn some basic Karate moves during the demonstration portion of the event. 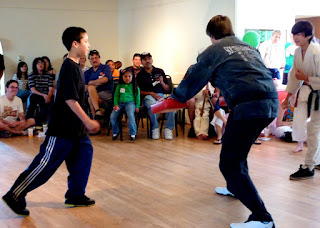 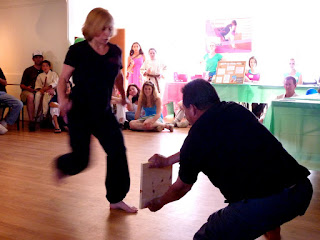 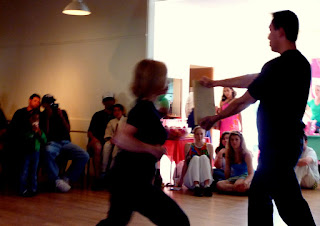 The final demonstration was by Teri McDuffie of Santa Barbara Women's Self Defense and a couple helpers. She showed us the strongest parts of your body to use when defending yourself. She proved how powerful the ball of your foot could be as well as the back of your forearm/elbow - they can break a shin and knock the wind out of someone if necessary! She broke two boards for us, which really had us ready for the next portion of the event: the interactive parts!!
We had the kids break into three groups, according to age. Our groups were lead by: Aikido Kenkyukai Santa Barbara & South Coast Karate, Believe and Achieve Fitness with Melanie Elkin & the Promotora Program with the Diabetes Resource Center of Santa Barbara, and Santa Barbara Women's Self Defense. 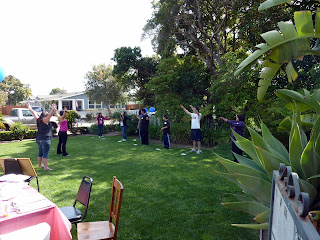 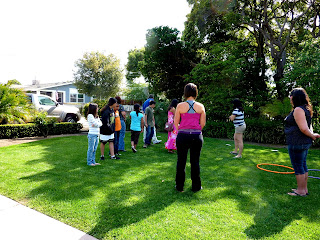 The kids and their mentors/ parents learned easy ways to relax in stressful situations with Melanie Elkin. They also learned about healthy and nutritious living from the Diabetes Resource Center. They brought a table and showed everyone how much sugar was in each of their favorite drinks by placing the actual sugar granuals in a cup in front of the actual drink! Scary! 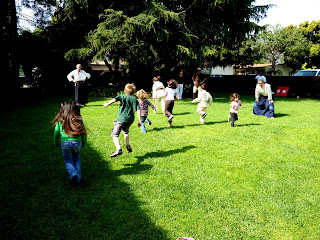 Sensei Lia and her team had kids of all ages participate. The littlest of the bunch partcipated in fun relays...a simple way to get them up and moving!! 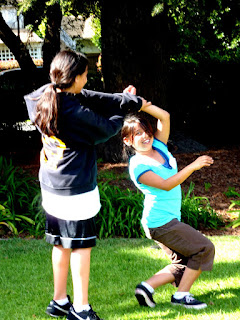 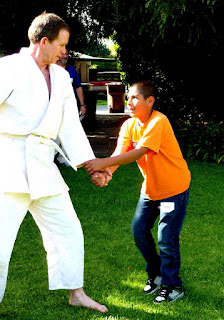 The older kids were taught some basic Aikido moves, and then practiced in pairs. 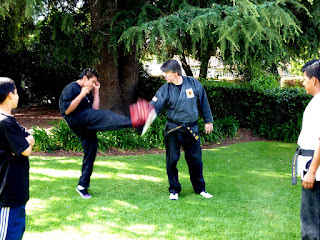 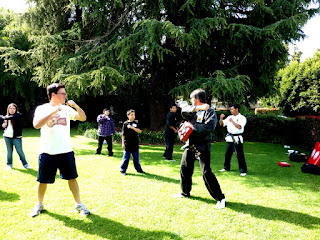 Sensei Brian and Anthony showed the kids how to kick and punch and then had them compete to see who was best listening. 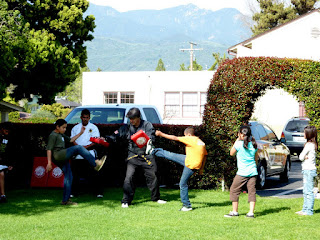 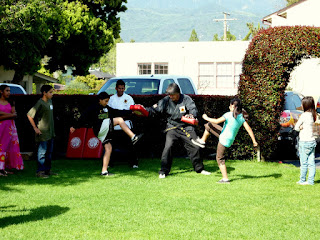 Everyone who attended (nearly 70 people!) had a great time and learned fun, new ways to stay active and healthy overall. Many, many thanks to our AMAZING contributors and teachers (and students!) from Aikido Kenkyukai Santa Barbara (www.aksb.org), Believe and Achieve Fitness (www.youbelieveandachievefitness.com), Capoeira Batuque (http://www.marianosilva.com/), Diabetes Resource Center of Santa Barbara (www.sbdrc.org), Santa Barbara Women's Self Defense (www.sbslfdfnz.com), and South Coast Karate (www.southcoastkarate.com). Please visit their website and contact them for more information. Thank you also to the Carpinteria Women's Club for allowing us to use their facility for this important event, to Janet Austin for arranging the PA system, to all of the volunteers who came to help at the event, and to all of our donors for contributing wonderful items for our kids and adults to enjoy! And a special thank you to our Task Force members Lisa Gosdschan, Mary Ann Helman, Marybeth Carty, and Susan Tarlow, without whom this event would not have been possible!!
Posted by The Fighting Back Mentor Program at 6:14 PM