February Mentor of the Month 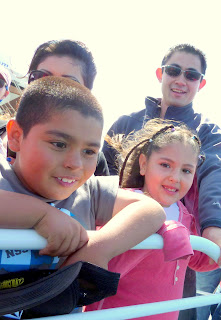 Koji Tanaka and his mentee have just celebrated an amazing first year together. His mentee was referred by his mother. Working fulltime and taking care of a new born baby, she felt her son could use a little extra attention, especially academically. After months of being on the waiting list, Koji and his mentee were matched up. They hit it off as soon as they met during their match meeting. Koji and his mentee were both excited to spend time with one another.

Koji has been able to help his energetic mentee focus and work on his reading and vocabulary skills by playing various board games such as Life and Scrabble. He has made learning fun, which has had a positive effect on his mentee’s academics! Koji has also helped his mentee transition into a new school, and improve his self-esteem and confidence. Over the time they have been together, Koji’s mentee has become more open to meeting and interacting with new people. His mentee has gain so much confidence that he ran for class treasurer and won!!! Thank you Koji for being such a dedicated and encouraging mentor! You are our February Mentor of the Month!
Posted by The Fighting Back Mentor Program at 9:44 AM

Koji,
i just want to thank you so much for being a part of my son's life i really appreciate every moment you spend with him. AM glad you have introduced Ricardo in the squash game makes me feel happy as much as he is. :)