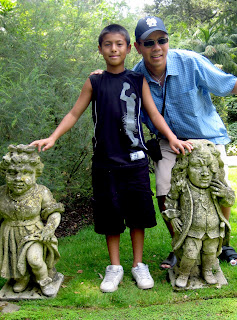 We would like to congratulate Tony Lee for the month of May. Tony's mentee was referred for both academic and personal problems. He lacked an adult male in his life after whom he could model himself. He struggled to find positive ways to show and release emotional stress and anger.
These past two years have shown Tony how much of a difference he can make in the life of a child. His mentee has matured and formed a belief in himself and his future abilities. He strives to do well and has found a voice with which he can use to express himself. More recently, his mentee won an essay contest that allowed him to meet the Santa Barbara Chief of Police. Tony has encouraged his mentee's strengths and supported him every step of the way; his mentee is now ready to take the next step and progress into Junior High. 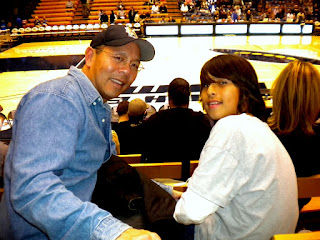 There are so many indescribable ways in which Tony has helped his mentee become the growing young man he is today, and we wish that we could share them all with you. Just know that he constantly strives to show his mentee that he can have a brighter future and for that, Tony, we greatly thank you!!
Posted by The Fighting Back Mentor Program at 3:19 PM